As every year the city of Trieste (located in Friuli Venezia Giulia – Northeastern Italian region) will host the “Barcolana“. This year the spectacular regatta will be celebrating its 50th anniversary and will take place on October 14th in the stunning gulf in front of the city.

The Barcolana is the biggest regatta in the world. In the last years, more than 2.100 boats were registered and thousands of enthusiastic sailors were attracted. Also this year, the celebrations have already started in the city, which is bursting of events to make the visitors experiencing the true spirit of this wonderful Regatta. Yes, the Barcolana must be lived at least once in your life, in the same way as its hosting city. For more info take a look at the event website (www.barcolana.it.).

It is not just a case that Trieste hosts the Barcolana. The hills surrounding the city form a natural tunnel for the east winds blowing toward the sea. The most famous of these winds is certainly the Bora. With its well above 100 km/h gusts, Bora makes all locals feel alive!

Recently, the Eataly Store opened in Trieste by the sea and dedicated the store right to the Bora wind.

END_OF_DOCUMENT_TOKEN_TO_BE_REPLACED 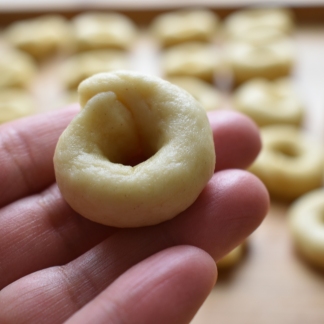 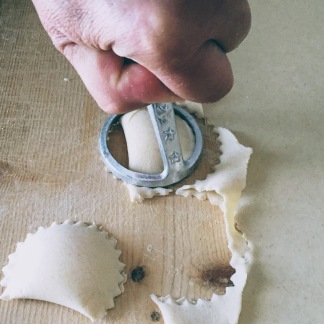 Search a Recipe by Word 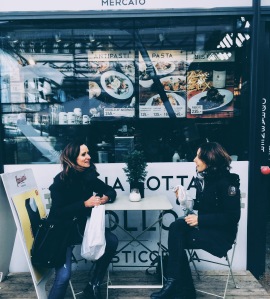 Here Marinella and Francesca, two Italian friends behind this food blog.
We live in two different cities, Copenhagen and Singapore, culturally poles apart but with a shared passion for good food.
We met in Copenhagen back in 2015 and since then, despite the distance between us,  we cook “together” the Italian recipes that our families taught us over the years.
No matter if you’re not a trained chef or if you are not an Italian, our recipes are for everyone, anywhere in the world.

When I lived in Europe, I was waiting for the summer barbecue to prepare a different kind of 🍅 bruschetta 🍅. Living in Singapore and enjoying the neverending summer, I cannot help but play around with the quirkiest bruschette I can. This is just one example: using 🍓 , tomatoes 🍅 and ficotto cream (or balsamic vinegar cream).
Here in #Denmark we are still waiting for the Spring to come.... in the meantime we treat ourselves by sipping this 🌸bubbly Natural Unfiltered Rosé Wine🌸 whose color recalls the spring tones. 🌸🌸
t takes just a few ingredients (plus salt and pepper) and about thirty minutes to prepare this ✨🌶Red Pepper Flan with Zucchini Cream🌶✨ appetizer dish that will easily fit to any menu plan. If you’re a creative mind, this recipe can also turn into a highly aesthetic dish, but that’s up to you! @eatgrim Inspiration.
{Flavoured Spaghetti with Lemon and Chilli Flakes: A Quick Improvised Dish}